Alternatives to winter salt are becoming increasingly popular. These alternatives are environmentally friendly and are an economical way to maintain pavement. The problem with sand is that it is not easy to clean for reuse and is often disposed of after the season is over. In addition, it can clog run-off systems. These problems indicate the need for alternative salt. Some popular alternatives are beet juice, molasses, and brine from pickling and cheese-making.

Another option is to use kitty litter. The clay content of kitty litter helps to increase traction on slick surfaces. However, cat litter can remain in the environment after a storm. If you are considering using this alternative, be sure to research it first. It is possible to use it to clear your driveway, but you should be careful not to endanger wildlife.

Another common alternative to certain de icers is sand. The main drawback to using sand is that it has a negative effect on the environment. While sand provides traction, it does not act as a melting agent when battling the winter weather.

One of the main concerns when using rock salt as ice melt is the potential damage the sodium chloride can cause to concrete and soft surfaces. Rock salt is corrosive and can damage surfaces like carpets, rugs, and soft furnishings. It also damages concrete and asphalt. In addition, it is harmful for pets, as sharp pieces can lodge in their paws. Calcium chloride is a safer alternative that doesn't cause damage to lawns, but it costs three times as much as rock salt.

Another concern is the damage rock salt can do to the environment. It contains a high level of chloride, which can leach into groundwater. This can be harmful to plants, especially those that grow in soil. Also, it can corrode motor vehicles and other concrete surfaces, and it may harm both pets and wildlife.

Rock salt is an effective deicing agent, but its effect diminishes as temperatures drop. As a result, it is best used after snow has melted. This is because the rock salt creates a brine with a lower freezing point than ordinary water.

One recent study evaluated the cost effectiveness of ice melt. The researchers examined traffic accidents, property damage, and travel time improvements to determine the cost effectiveness of the two winter treatment options. The study found that salt brine treated roads reduced traffic accidents by 88 percent and the average cost of an accident decreased by 10 percent. Additionally, no fatalities were recorded.

Although winter salting may seem like an unnecessary expense, the costs of salt and deicers may not be as obvious as we think. The Minnesota Pollution Control Agency recently published an article discussing the cost of preparing roads for the winter. The article outlines the costs of winter maintenance equipment, salt, and staffing. It also discusses the environmental impact of salt.

In addition to being more expensive, salt has a negative impact on the environment and infrastructure. Many states and cities have changed their winter operating procedures because of this problem. For example, Dane County, Wisconsin, launched the "Be Salt Wise" campaign to limit the amount of salt that local governments distribute on public roads and encourage citizens to use alternate methods when possible. Other cities have tried salt alternatives such as calcium magnesium acetate, magnesium chloride, cheese brine, and beet juice. However, these methods have many limitations and are not cost effective.

While spreading salt across your driveway may seem like an easy way to deal with your winter blizzard, there are many consequences of overuse. Increasing amounts of road salt can damage plants, wetlands, and wildlife. In addition, salt can harm your car's brake linings and frame, and it can affect the quality of water.

One of the most significant consequences of winter road salt is the increased chloride levels in waterways. This chemical is not naturally filtered by the soil and can end up in our drinking water. A recent US Geological Survey study found that urban streams were experiencing a rise in chloride levels, and that 29 percent of urban streams exceeded federal safety levels.

Despite the negative effects of winter road salt, technology has improved in recent years. Weather monitoring and low chloride alternatives have given winter maintenance professionals more tools to control snow and ice with less salt.

Calcium chloride ice melt is an environmentally friendly alternative to rock salt and works down to -25°F. Calcium chloride is also pet friendly. It is also effective at preventing the formation of ice and snow in vehicles. The granular material is available in several different sizes and is easy to apply to ice or snow.

Calcium chloride is a soluble salt with a strong attraction to water and causes a chemical reaction. The reaction generates a significant amount of heat, making it an excellent ice melter. Because it generates heat, it works even in extremely cold temperatures. It's also faster than other ice melters.

Calcium chloride is an inorganic compound with a unique ability to melt ice at lower temperatures than other options. Once in contact with ice, it forms a brine solution which melts the ice much faster than other deicing compounds. It also has hygroscopic properties, which means that it can attract moisture from the air. It is available in flake or pellet form. 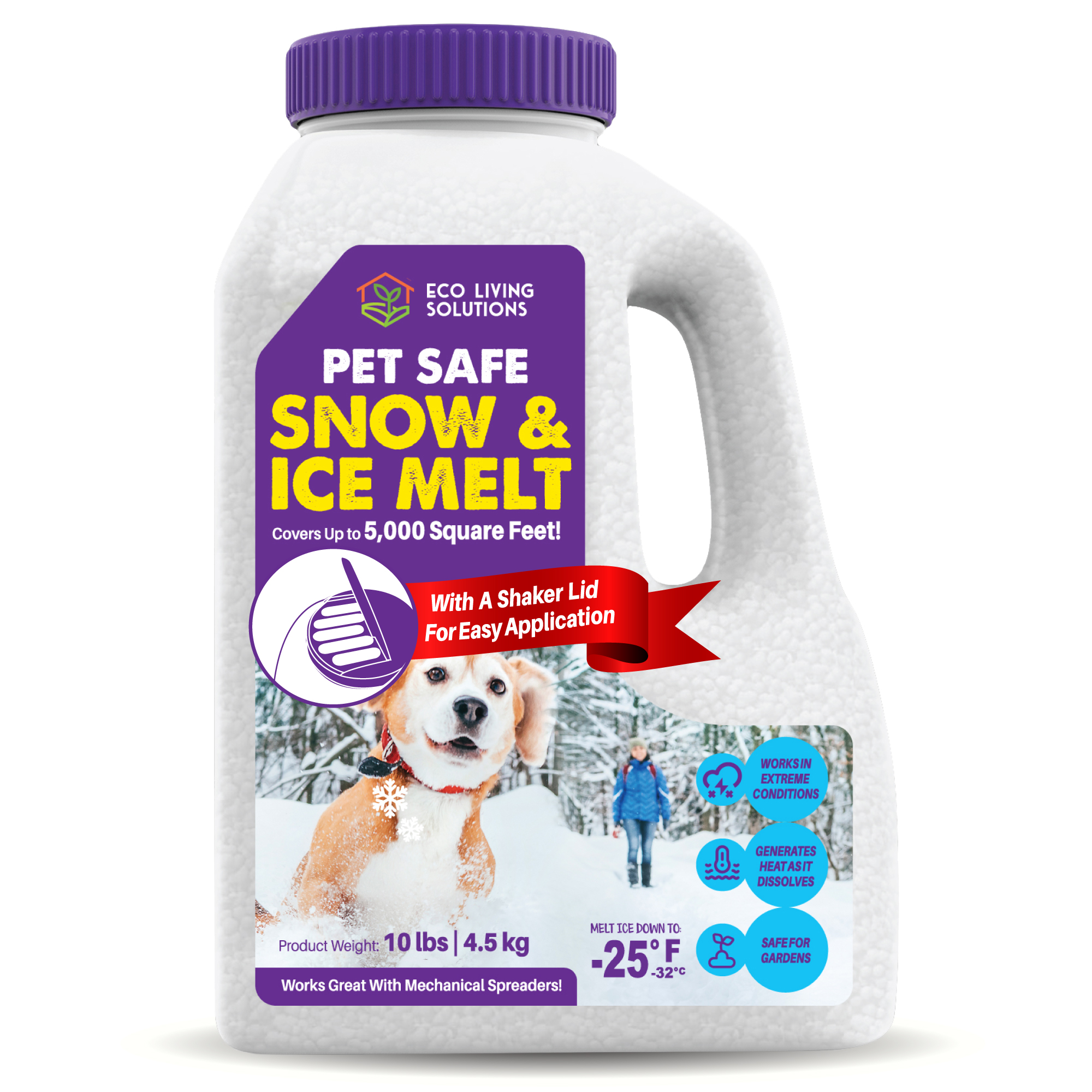 Sign in or create an account and shop our brands. You may also find the product and delivery information on the product page. 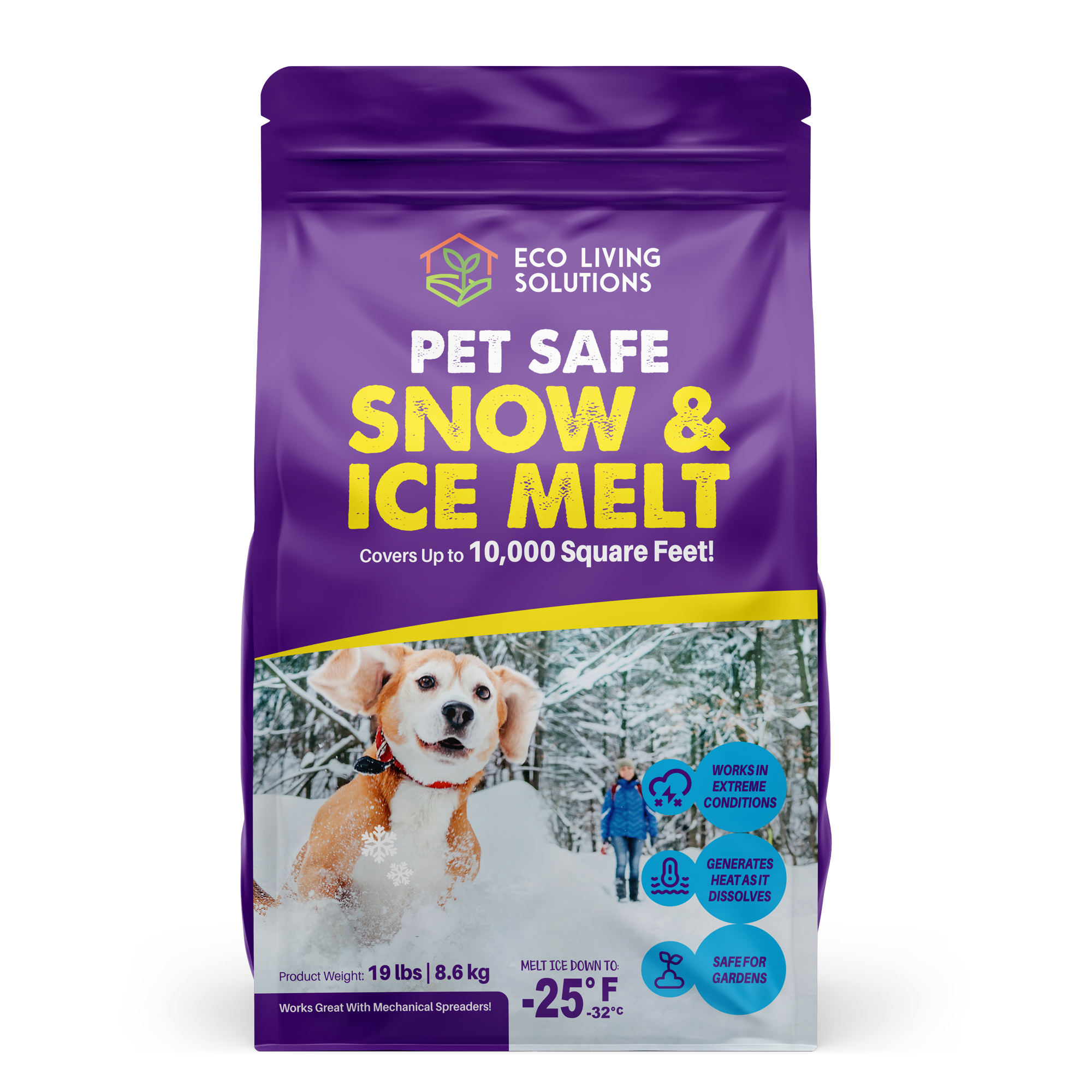